ICANN’s 55th Meeting takes place this week in Marrakech, Morocco. ISOC-NY, in partnership with Civic Hall, will host a NYC remote hub for the two Public Forum sessions. The hub will be fully interactive, with 2-way video, and refreshments will be supplied. This is an important opportunity to participate in the Internet Governance process at a critical time in ICANN’s development – not just the finalization of the IANA transition, casting off the reins of the US Government, but also other critical issues, such as the further advancement of the TLD expansion, what to do with the millions of revenue from same, how to resolve the conflicts between privacy and transparency in determining a new WHOIS framework, and much more. The issues will be broadly defined at the first Public Forum session (Noon-1:30pm EST Monday March 7) where there will be some time for clarifying questions, and then fully discussed at the second Public Forum session (8:30am-11am Thursday March 10). You will be able to address the entire ICANN Plenary from the remote hub. Please join us at Civic Hall and have your say! 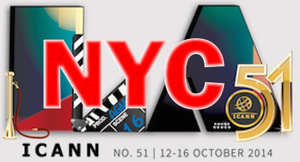 On Thursday October 16 2014 the Internet Society’s New York Chapter (ISOC-NY), Connecting .nyc, and the Brooklyn Law Incubator & Policy Clinic (BLIP) will host a Remote Hub for the 51st Meeting of the Internet Corporation of Assigned Names and Numbers aka ICANN 51, taking place in Los Angeles. The hub will be fully interactive, with 2-way video, and participate in 3 sessions. Plentiful refreshments will be supplied, courtesy of ICANN. Please register via ISOC-NY’s meetup, or by emailing admin@isoc-ny.org.

Internet Society New York Chapter (ISOC-NY) member Avri Doria is the recipient of the inaugural
ICANN Multistakeholder Ethos Award, which she received in June 2014 at ICANN50 in London. Video of the award ceremony is below.

END_OF_DOCUMENT_TOKEN_TO_BE_REPLACED

On Friday March 14 2014 the U.S. National Telecommunications and Information Administration (NTIA) announced that it had invited ICANN to make a multistakeholder-derived proposal to take over responsibility for the “IANA functions“, i.e. management of the Internet’s root zone, when the current contract ends in 2015. In response Internet technical organizations, including the Internet Society, issued the following statement:

The leaders of the Internet technical organizations responsible for coordination of the Internet infrastructure (IETF, IAB, RIRs, ccTLD ROs, ICANN, ISOC, and W3C), welcome the US Government’s announcement of the suggested changes related to the IANA functions contract.

The roles on policy development processes of the Internet technical organizations and ICANN’s role as administrator of the IANA functions, remain unchanged

The transition of the US Government stewardship has been envisaged since the early days of IANA functions contract. This transition is now feasible due to the maturity of the Internet technical organizations involved in performing their respective roles related to the IANA functions, and ICANN will facilitate a global, multi-stakeholder process to plan for the transition.

The strength and stability of the IANA functions within the above organizations (which make up the Internet technical community) are critical to the operation of the Internet. The processes around the IANA functions have always been carefully specified in the communities that our organizations represent. The IANA functions are faithfully administered by ICANN. We are committed to continuing our proven, community-driven processes as we engage in this transition. Our communities are already considering proposals to progress the transition.

Our organizations are committed to open and transparent multi-stakeholder processes. We are also committed to further strengthening our processes and agreements related to the IANA functions, and to building on the existing organizations and their roles. The Internet technical community is strong enough to continue its role, while assuming the stewardship function as it transitions from the US Government.
END_OF_DOCUMENT_TOKEN_TO_BE_REPLACED

There will be two Internet Society meetings in conjunction with ICANN45 in Toronto. All members are welcome to participate, either in person or online. Online participation comprises of a webex conference (with an alternative phone bridge), plus an additional live text transcription and video webcast. Toronto is on the same time as NYC. 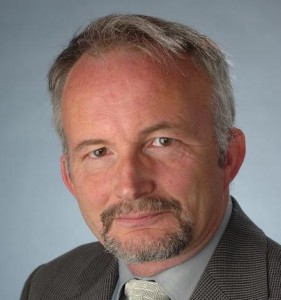 ISOC-NY is delighted to present Milton Mueller’s first full exposition of his new  book  Networks and States: The Global Politics of Internet Governance at NYU on Tuesday December 14 2010.  Prof. Mueller is a co-founder of ICANN’s NonCommercial User’s Constituency and a renowned cyberlibertarian.  His 2002 book Ruling the Root has long been the definitive work on governance.  We are excited to hear details of what, in his mind,  has changed in the last 8 years.  This event is open to the public and will be webcast live.

ISOC-NY would like to congratulate Sébastien Bachollet of ISOC France on his election as the At-Large selected ICANN Board Member. Sébastien will occupy seat #15 beginning at the end of the 2010 ICANN Annual General Meeting to be held in Cartagena, Colombia in December 2010.

END_OF_DOCUMENT_TOKEN_TO_BE_REPLACED

The Internet Society welcomes the significant milestone recently reached in implementing DNSSEC at the highest level of the Domain Name System (DNS), and applauds the efforts by ICANN, Verisign, and the U.S. Department of Commerce that made it possible.

Leslie Daigle, chief Internet technical officer for the Internet Society, said, “We’re excited to see this capstone element of DNSSEC deployment put in place. It signals a new era for operational security of the Internet, and we look forward to new levels of user confidence in network activities using DNSSEC and the services built out from it.”
END_OF_DOCUMENT_TOKEN_TO_BE_REPLACED

Below are the details for remote participation in the ISOC Chapter and member meeting on Monday, June 21 at 1.30pm EST.

This meeting will take place at the ICANN 38 meeting in Brussels, and thus ICANN issues may well predominate, but the agenda is open. All ISOC-NY members are welcome to attend.

Details are also available at: http://isoc.org/wp/chapter-meetings/?page_id=762

In February the Internet Corporation for Assigned Names and Numbers (ICANN) set out its Proposed Strategic Initiatives for Improved DNS Security, Stability and Resiliency (SSR) and, specifically, proposed the establishment of the Domain Name System-Computer Emergency Response Team (DNS-CERT).

At the  March ICANN meeting in Nairobi CEO Rod Beckstrom endorsed the proposals, citing increased attacks on the DNS system.

The Internet  Society (ISOC) has filed comments stating that 1) there is no evidence of a sudden increase in attacks, increased vulnerability or inadequacy of current arrangements, and 2) that ICANN has jumped the gun with its proposals which are not necessarily within its purview. Indeed it is suggested that ICANN did not even gain the full backing of its own supporting organizations and advisory committees before making the proposals, and this is backed up by the comments of At-Large Advisory Committee Chair Cheryl Langdon-Orr.

ISOC recommends that the proposals be tabled while further consultation is made with the many institutional, national and regional organizations, including existing CERTs, that are already involved in maintaining DNS stability.

ISOC believes it is vital to rely on the Internet model to get the best result. The Internet model relies on open, bottom-up, freely accessible, public, multi-stakeholder, and knowledge-based processes for both technology and policy development.
END_OF_DOCUMENT_TOKEN_TO_BE_REPLACED

The First Annual .ORG Forum was held in Washington DC on Jan 28 2010. After a keynote by Rod Beckstrom of ICANN, there was a panel discussion on Online Security.

END_OF_DOCUMENT_TOKEN_TO_BE_REPLACED

The 36th meeting of ICANN takes places next week in Seoul, Korea.  There will be plenty of opportunity for remote participation kicking off with the At-Large Working Session on Sunday 10/25.  Seoul is 11 hours ahead of New York,  so be ready to do without much shuteye!

If there’s just one event that one should consider putting into one’s calendar it would be the Public Forum on Thursday (9pm-1am Weds EST).
END_OF_DOCUMENT_TOKEN_TO_BE_REPLACED

END_OF_DOCUMENT_TOKEN_TO_BE_REPLACED

On Oct 1 2009 the Internet Corporation for Assigned Names and Numbers (ICANN) entered a new era as its Joint Project Agreement (JPA) with the US Government expired and it became an independent global organization. In this forum we will examine the processes, currently in flux, of how we the people will get to participate in this new paradigm.

END_OF_DOCUMENT_TOKEN_TO_BE_REPLACED

ICANN’s Implementation Recommendation Team presented their report on how disputes over trademarks in the new domains be handled. There were also presentations on new developments in DNS security, and scaling the root server system. Attendee’s comments and questions, both oral and written, were solicited.

Some video is after the jump. More will be added. Also find links to related articles etc below.
END_OF_DOCUMENT_TOKEN_TO_BE_REPLACED