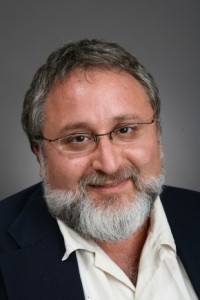 The Internet Society – New York Chapter (ISOC-NY) was happy and interested to co-sponsor, with the Intellectual Property Law Society, a lunchtime lecture at the Benjamin N. Cardozo School of Law on Monday Nov 2 2009. Eben Moglen, Chairman of the Software Freedom Law Center, spoke on the topic – “Patent Law at a Crossroads: Bilski and Beyond“.

Much of the rise of software patents is based on the 1998 Federal Circuit State Street decision upholding a 1993 patent on a financial method. An “invention” was deemed patentable if it involved some practical application and “it produces a useful, concrete and tangible result.”

In In re Bilski and Warsaw – mentioned in the title of the talk – United States Court of Appeals for the Federal Circuit , in a Nov 2008 decision, upheld an earlier court that rejected the appellant’s demand that it’s method of trading weather risk be awarded a patent, folllowing rejection by the USPTO in 2006.

The USPTO opined that the method was an abstract idea “and solves a purely mathematical problem without any limitation to a practical application, therefore, the invention is not directed to the technological arts.”

In the appeal both ACLU and Red Hat filed amicus briefs arguing that decision was important because it could be applied to algorithms, which are at the heart of many software patents.

In the light of this the court specifically stated that its decision DID NOT apply to software patents, but just to some business methods.

However, the useful-concrete-tangible test was jettisoned. According to the Bilski opinion, the “‘useful, concrete and tangible result inquiry’ is inadequate,” and the portions of the State Street decision relying on this inquiry are no longer of any effect under US patent law.

The case has been taken up by the Supreme Court, and oral arguments will be heard on Nov 9 2009.

If the decision stands, the rug has been pulled out from under many existing patents, and since the “technological” limitation posited in Bilski is a somewhat nebulous concept, many more are on dubious ground.

Eben Moglen expects that, whatever the outcome, major patent reform will soon be on the Congressional agenda.