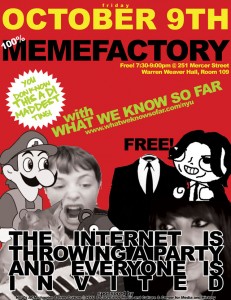 WHY: Because it is not another academic lecture but lively performance filled with nothing but insight and humor for die-hard Internet memeologists and newbies alike. Take the plunge with the memefactory!