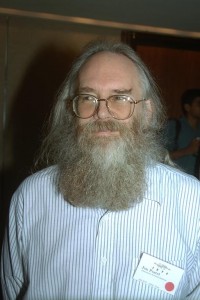 More About the Award
The Jonathan B. Postel Service Award was established by the Internet Society to honor a person who has made outstanding contributions in service to the data communications community. The award is focused on sustained and substantial technical contributions, service to the community, and leadership. With respect to leadership, the award committee places particular emphasis on candidates who have supported and enabled others in addition to their own specific actions.

The award is named for Dr. Jonathan B. Postel to recognize and commemorate the extraordinary stewardship exercised by Jon over the course of a thirty year career in networking. He served as the editor of the RFC series of notes from its inception in 1969 until 1998. He also served as the ARPANET “numbers Czar” and Internet Assigned Numbers Authority over the same period of time. He was a founding member of the Internet Architecture (nee Activities) Board and the first individual member of the Internet Society, which he also served as a Trustee.