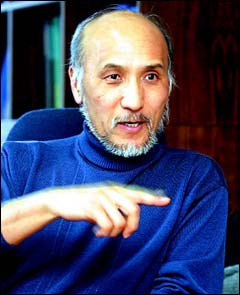 [Taipei, 16 November 2011] — The Internet Society today announced that its prestigious Jonathan B. Postel Service Award was presented to leading technologist Professor Kilnam Chon for his significant contributions in the development and advancement of the Internet in Asia.

Professor Chon contributed to the Internet’s growth in Asia through his extensive work in advancing Internet initiatives, research, and development. In addition, his pioneering work inspired many others to promote the Internet’s further growth in the region. The international award committee, comprised of former Jonathan B. Postel award winners, noted that Professor Chon was active in connecting Asia, and that his efforts continue today in the advancement of the Internet in other regions.

The Postel Award was established by the Internet Society to honour individuals or organisations that, like Jon Postel, have made outstanding contributions in service to the data communications community.

Lynn St. Amour, President and CEO of the Internet Society, commented, “I met Professor Chon nearly fifteen years ago. He has long been a pioneer in the advancement of the Internet, striving to ensure its robust development. Beyond the amazing breadth of Professor Chon’s work, perhaps his most remarkable achievement is his ability to inspire others. As a result of his work and the efforts of those he has motivated, Kilnam Chon has helped to ensure the global Internet is truly for everyone.”

The Internet Society presented the award, including a US$20,000 honorarium and a crystal engraved globe, during the 82nd meeting of the Internet Engineering Task Force (IETF) in Taipei, 13-18 November 2011.