Register here. It’s, of course, free. The Saturday will be webcast live.
END_OF_DOCUMENT_TOKEN_TO_BE_REPLACED 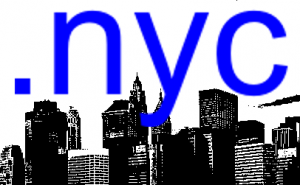 END_OF_DOCUMENT_TOKEN_TO_BE_REPLACED

On Jan 14 2010 the newly formed New York Technology Council held its second public meeting in the form of a panel discussion on the topic “Technology Trends for 2010“. Representatives of Google and Microsoft were joined by City Council member Gale Brewer to pontificate on what the new year might bring.

Audio is here. Video is below.
END_OF_DOCUMENT_TOKEN_TO_BE_REPLACED

ISOC-NY is happy to once again be a community sponsor of the NY Tech Community Holiday Party. This is the premium event of the holiday season, if not the entire year, when the City’s tech community gets together to not just network and grab sponsor freebies, but to have a jolly good time. It’s always well attended so RSVP ASAP!!

END_OF_DOCUMENT_TOKEN_TO_BE_REPLACED

New York, NY – On Wednesday, December 16, 2009 at 10 AM in the Council Chambers of City Hall, the New York City Council Committees on Technology in Government and Small Business held a joint public hearing to examine how small technology start-ups are surviving in this tough economy.  This hearing will help the Council understand the dynamics behind successful firms as well as what options are available to the City in aiding these important businesses in their struggle to remain competitive and viable in a global environment.

Archived webcast and the twitter feed are embedded below.

END_OF_DOCUMENT_TOKEN_TO_BE_REPLACED

Upper Green Side will be hosting an Electronics Recycling Event at the First Avenue Greenmarket this Sunday. They will be collecting cell phones, computers, laptops, copiers, fax machines, IPods and PDAs, modems, monitors, keyboards, mouses, printers, stereo and radio equipment, telephones and telephone equipment, televisions, typewriters, speakers, digital cameras, VCRs and DVD players. All e-waste collected will be recycled in an environmentally responsible manner here in the U.S.

WHAT: Electronics Recycling Event
WHEN: Sunday, November 22, 2009 – 8 a.m. to 3 PM
WHERE: West Side of First Avenue between 93rd & 94th Streets
END_OF_DOCUMENT_TOKEN_TO_BE_REPLACED

On November 12 through 14, Eugene Lang College The New School for Liberal Arts hosted an international conference titled, “The Internet as Playground and Factory ,” exploring the meaning and changing face of labor in the digital era. The conference inaugurates Lang College’s new conference series, “The Politics of Digital Media.” Schedule.

Video interviews with participants are available . Video of some of the sessions is below.
END_OF_DOCUMENT_TOKEN_TO_BE_REPLACED

WordCamp NYC 2009 – took place at Baruch College on Nov 14-15 – a 2-day extravaganza of presentations, workshops, and demos relating to the popular WordPress web publishing platform (as used by ISOC-NY!).

David Bisset’s I Wish I Was At WordCamp

Audio/video will be added below as it becomes available.

END_OF_DOCUMENT_TOKEN_TO_BE_REPLACED

New York, NY â€“ In addition to the annual OneWebDay celebration of the Internet in all its diversity, which will again be held in Washington Sq. Park on Sep 22, New York netizens will be active in the coming weekend participating in two pre-OneWebDay events, a symposium and a party on Saturday Sep 19.

END_OF_DOCUMENT_TOKEN_TO_BE_REPLACED

Below is video of the NYC Council Committee on Technology’s hearing on Jun 29 2009 regarding proposed Int. 991, Open Data Standards.

END_OF_DOCUMENT_TOKEN_TO_BE_REPLACED

The NYC Broadband Advisory Committee will hold its fifth public hearing in Staten Island on March 5 2009.

ICANN has produced a revised version of its gTLD Applicants Handbook.

Many alterations/additions have been made in provisions for “community-based” and “geographic name” applicants that will be of particular interest to potential applicants for a .nyc TLD. In particular details of ‘comparative evaluation’ procedures for competing applications are enumerated, as are the processes for individual or community based objections to applications.

An edited version of some relevant provisions is below.

END_OF_DOCUMENT_TOKEN_TO_BE_REPLACED

Below is video of last week’s public hearing on the proposal to webcast NYC City Council and other municipal meetings. It was informative with first, representatives of the NYC Department of Information Technology and Telecommunications (DoITT) giving the official line, and then, two presentations by commercial vendors. After which Common Cause, the Peoples Production House, and others spoke on behalf of the public interest.
END_OF_DOCUMENT_TOKEN_TO_BE_REPLACED